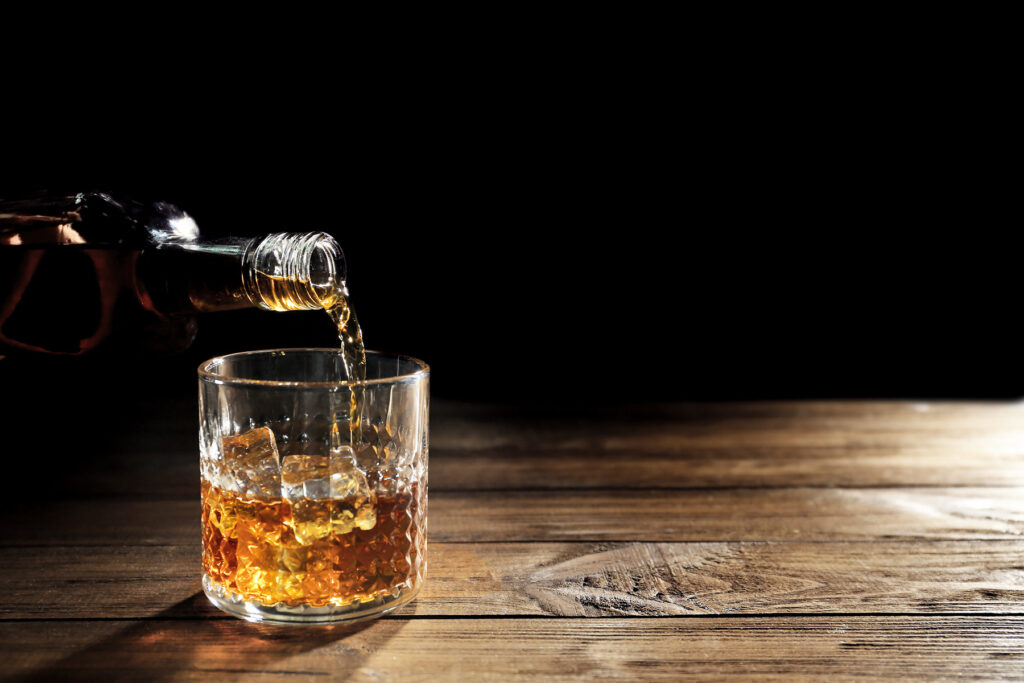 During a regular conversation with friends about this alcohol, the problem practically does not exist, because both words are pronounced the same. The problem arises when we have to write it down and we are facing the dilemma of how to correctly write the name of this drink. What’s the easiest way to distinguish between the two types? The secret is in the production site.

What is the difference between whisky and whiskey?

Both whisky and whiskey are definitely suitable as a gift alcohol. One of thee most popular whiskies is Scottish Chivas.

The Chivas Regal has been hailed as “the first luxury Scottish blend” intended for the high society. Chivas whisky is characterized by a mild aroma with a noticeable vanilla cream, toffee, bananas, apples, and buttery croissants.
The taste includes notes such as vanilla, milk fudge, honey, sweet cereals, baked apples, oak bitterness.

Jameson can be an excellent example of whiskey. Jameson is the sales leader for Irish origin whiskey. It is mainly aged in American oak barrels. Jameson is characterized by aromas of pear, apple, plum, vanilla, hay and oak.
The taste includes cereals, caramel, vanilla pudding, cocoa, lemongrass and oak.

BURBON OR SCOTCH? WHAT’S THE DIFFERENCE?

There is a fundamental difference between these two species in the distillation process. Bourbon is an American variant of whiskey with a corn content of at least 51%. Usually it is 70%, while the remaining grains are barley malt with wheat or rye. Another difference between the two drinks is the aging time. Scotch whisky is aged for three years. The aging time for the American bourbon is shorter, which is due to the higher maximum temperature and the greater temperature range.

Alcohol for a gift

When discussing the topic of alcohol as a gift, we want to draw your attention to an absolute novelty on the market – Pampelle Aperitif. So what is this alcohol and why do we recommend it so much?

Pampelle Aperitif is made from Ruby Star red grapefruits maturing in the Corsican sun. This product definitely belongs to the group of premium alcohols. Gourmets from all over the world are delighted with taste of this drink. Pampelle was introduced to the Polish market in January 2022 and it is a novelty on the market of exclusive alcoholic beverages. Pampelle has a very low sugar content and has a distinct hint of bitterness. The product is completely gluten-free and vegan-friendly. Thanks to this, the Polish market has enriched itself with an unusual, slightly refreshing drink that brings to mind a carefree atmosphere. However, if you like stronger alcohols and you like exploring botanical flavors, we recommend Portofino, which has as many as 21 of them, and 21 reasons to love Portofino.

Where can you buy premium alcohol ?

In the field of distribution, wholesale and retail sales throughout Poland, we encourage you to cooperate with the Crimston alcohol wholesaler. The Crimston alcohol wholesaler is able to cover the client’s needs for both small and large orders. The company makes an in-depth identification of the client’s needs. It guarantees services at the highest level. The company offers B2B and B2C sales.

Where can you try out what’s new? To discover new tastes, it is the best to go to a place that matches the atmosphere of the drink you are consuming. The level 27 rooftop, which meets a beautiful view and perfectly prepared cocktails, will be perfect for this. We especially recommend trying Espirtz, a drink based on Esprit de Figues. Esprit de Figues is the world’s first fresh fig liqueur, created with passion and determination to capture the true essence of Violette de Bordeaux Figs.